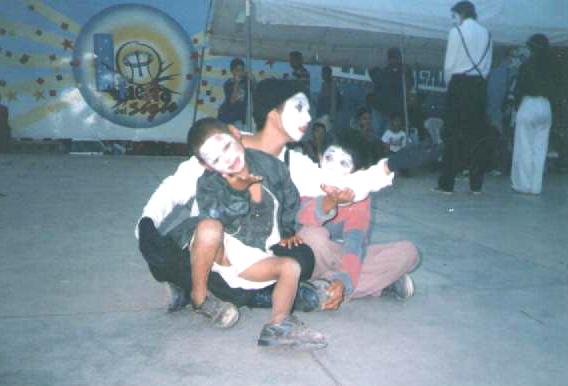 this is me asking for your vote for a sovereign and independent free Honduras, no more impunity in Honduras. itsmania
https://www.youtube.com/rsfinternet?x=us-en_showcase_58_7

ITSMANIA PINEDA PLATERO
Flickr
An independent journalist, blogger and human rights defender
from Comayaguela, on the outskirts of Tegucigalpa, Itsmania
Pineda Platero is one of the leading experts on crime in a
country that has one of the world’s highest rates. She is above
all an expert on the “maras,” the gangs of extremely violent
young criminals that have spread throughout Central America
and have taken root in immigrant communities in the United
States. She has acted as a mediator with gangs on several occasions
and once managed to get the feared Mara Salvatrucha
(MS 13) to spare the life of a newspaper photographer. She is
still the only expert recognized by the Honduran courts as able
to decipher the symbols and signs that gang members use to
identify themselves, above all in tattoos.
Pineda also knows a lot about indigenous culture and, together
with a group of community artists and activists, founded a collective
called Xibalba Arte y Cultura in 1989 that is dedicated to
the social rehabilitation of young people who have left gangs
or who are in danger of joining them. And she keeps a blog
called Xibalba that provides valuable data about the security
situation and human rights in Honduras.
A vocal critic of the June 2009 coup d’état and its impact on
freedom of information – 23 journalists murdered since the
coup – she was behind the creation of a women’s group called
“Journalists for Life and Freedom of Expression.” Its first march
in December 2011, which she led, was violently dispersed by
police and soldiers in front of the presidential palace (video
below). After she received repeated death threats in 2012,
Reporters Without Borders helped her to obtain personal protection.
Links
Website
Demonstration of the group “Journalists for Life and Freedom
of Expression”