By ITSMANIA PINEDA PLATERO
"Christian Humanism in Honduras Constantine revives and Caligula in full Easter"
Freedom of expression is a fundamental right or a human right, stated in Article 19 of the Universal Declaration of Human Rights of 1948, and the constitutions of democratic systems, so they say. From it comes the freedom of the press also called press freedom.
The right to freedom of expression is defined as a medium for the free dissemination of ideas, and it was conceived during the Enlightenment. For philosophers like Pach, Montesquieu, Voltaire and Rousseau the possibility of dissent encourages the advancement of the arts and sciences and genuine political participation. He was one of the pillars of the War of Independence of the United States (First Amendment) and the French Revolution, events that stirred the courts of the other western states.


Education as a fundamental principle not mercantilist or profit has been the topic, while children aged 5-12 years are still the victims are on the rise, being excluded and excluded more than a million of the national education system , as has been recognized by international organizations.

Unemployment, hunger, increasing the basket, rising fuel prices, public transport, exploitation of children by members of organized crime, official corruption, negligence, impunity, begging increases and vulnerability of children increasing army lists Morazán everyday surrounding Central Park in Tegucigalpa, Honduras, in search of a piece of bread or a lempira the equivalent of 10 cents of a dollar to eat and when we speak of them not just about one but the whole family group comprising it.

Structural changes are urgent in Honduras and oligarchs and politicians must understand that these little time is running out and the liberation of the oppressed and downtrodden has started its march towards a homeland with dignity and tenderness.

Constantine tells the story that he looked to the sky and saw a very bright light that said "SIGN IN HOC Vincis" (with this sign conquer), that sign was a cross. The following year implant religious tolerance and centralization where the only decision was imperial.

Caligula, his motto was "I hate you so fear me" his predecessor Tiberius said "I hate you with such respect me", made his horse consul, gutted his sister who was pregnant with the sac and the fetus, was a guy who thought he was God, one of their surroundings saved his life because he approached him, covered his eyes saying that the brightness of his face blinded him, and so escaped death.

No street because the truth is that there ... Itsmania 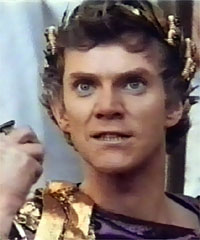